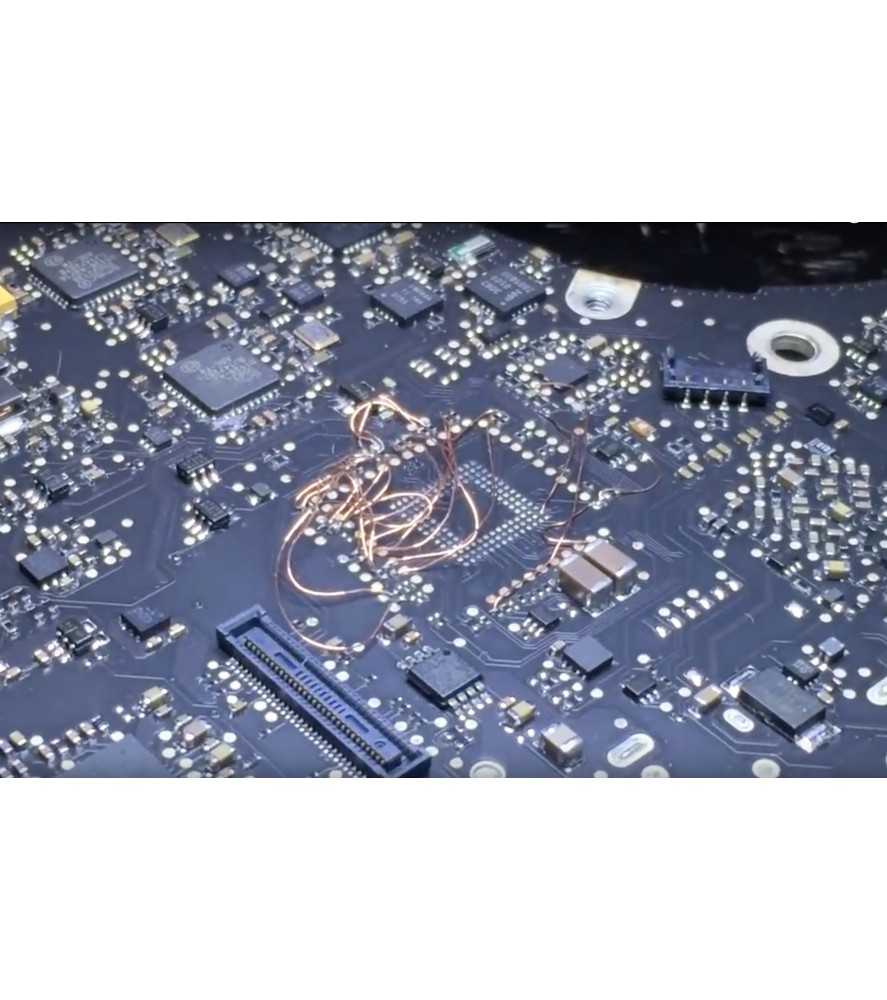 Nobody has posted a review yetin this language
Rate it

Have you been told that your Macbook Pro has a dead GPU (Graphics Processor) and is unfixable?

Have you had previous graphical issues with your motherboard or was the motherboard resoldered at another company and this has failed or hasn't fixed the problem?

Do you have corrupt graphics on screen or will your Macbook only get to around 3/4 of the startup bar under the Apple Logo and then reboot.

If you have been told that your Macbook's motherboard is unfixable due to a dead or faulty Graphics Processor?

This repair will bring your Macbook back to life and working again.

The Macbook Pro range from 2011 (both the 15' and 17' versions) had a problem with the Dedicated AMD Graphics Processor. This is a well known problem that Apple were aware of at the time.

Most of the time a reflow (resolder of your Macbooks Graphics processor) will fix the problem if carried out Professionally, but if this is not carried out properly or the Graphics Processor is defective, then this renders your Macbook dead and requiring a replacement motherboard.

For those of you who don't know, MacBook Pro's utilize dynamic GPU switching between a dedicated GPU and integrated GPU using an IC known as the "gMux" chip.

This is simply an off-the-shelf micro-controller, programmed with special firmware that switches active GPUs on-the-fly in a MacBook Pro system, but if the AMD Graphics Processor is faulty, this will give you corruption on the screen, colours, or your display may appear normal, but only get to around 3/4 on the starup bar underneath the Apple Logo when powered on. Then the system will reboot and start the process again.

We can PERMANENTLY disable the AMD Dedicated Graphics processor, allowing your Macbook to work on the Intergrated Graphics Processor within the CPU itself (just like most normal PC's).

The modification is not affected by MAC OS Updates or PRAM resets.

Conclusion
If we carry out this modification to your Macbook's Motherboard you will now have a fully working 2011 15" or 17" MacBook Pro, running off ONLY integrated graphics processor.

No OS X modifications are necessary, and it is not reliant on any NVRAM variable.

This, short of making custom firmware for the gMux chip, is the BEST solution for rectifying the defective AMD GPU issue on these machines.

The only issues are the lack of brightness control as mentioned earlier, and the external display port will not work. Other than that, though, everything works perfectly!

We operate a "No Fix No Fee" Policy, so if the re solder of your MacBook's mother board doesn't fix the problem, then you will have your repair fee refunded.

Our repair is covered by a Three month warranty.

Be the first to write your review !

17 other products in the same category: