A Jtag or RGH console allows you to

Example of a Freestyle Dash Image of games installed 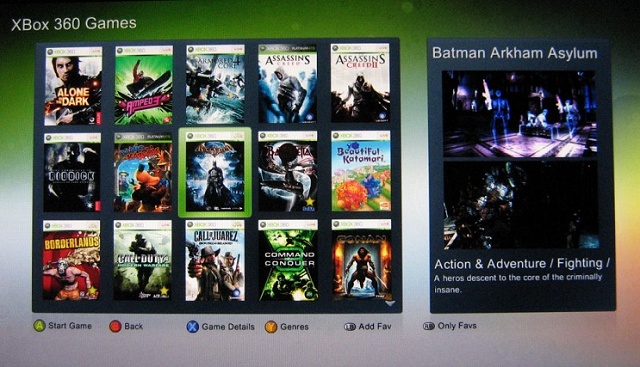 Example of a Call of Duty Mod Menu

Example of a GTAV Mod Menu

The fact of the matter is they are ultimately the same console. Once an RGH console has booted, then it is no difference to a standard Jtagged Xbox 360.

Jtag was possible on consoles that had a dashboard no higher than 2.0.7371.

This dashboard was nick named the "Blade" dashboard and was the dashboard on the Xbox 360 console between 2005 - 2008.

Examples of the Blade Dash Board

What is an RGH Console?

On dashboard higher than 2.0.7371, Microsoft added protection into the later dashboards to make it impossible to Jtag the console.

To over come the protection that was added to the later dashboards, a process called RGH (Reset Glitch Hack) was developed.

Models its possible to install RGH on.

The newly installed circuit board is required to override the protection installed by Microsoft to stop customers being able to run Home Brew programs, Emulators and connect un official devices

The installed circuit board generates a timing pulse which is fired at the CPU chip. If this timing pulse hits the CPU at exactly the correct time and frequency, then this makes the CPU boot the console in unprotected mode and therefore allow the booting of unofficial software.
The industry standard boot times for an RGH console range from 0 seconds - 3 minutes
Console Wizards boot times are 0 - 30 seconds - This Varies on different console models

During this time the console will power on, but not display a picture on the screen.

A common concern from our customers is that when they power on their new RGH console, it powers on but doesn't show a picture.

Please don't worry as this is totally normal. Please see the example videos below.

Is there a difference between Jtag and RGH?

The consoles operate EXACTLY the same, so we hope this has cleared up any questions or concerns you may have?

The only difference would be when the console was updated to a newer dashboard as you would have to create the correct the correct version of dashboard for your console either JTAG or RGH.


The most common questions asked by our customers

To get around this you will need to use a Stealth service to hide the fact that the console is modified. We don't have anything to do with Stealth services. You will need to use Google for help with this. One reputable service is run by Team Xecuter, the group that originally brought out the Reset Glitch Hack. Their service is called "XBLNinja", but there are others available.

We are sorry that we cannot help with this service or give technical help or advice in setting this up on your console.

Yes you can, a JTAG or RGH console can easily allow this. You will need to download and install Mod Menus for the games you want to mod. We don't install or give any help or advice in this matter, but again you will find all the help you need with this from Google, You Tube or numerous websites available.

A couple of very good sites are "Sevensins" or "TheTechgame", these are excellent for help and respectable.

You can setup Freestyle Dash to download the covers of the games that you have installed. This can either be in 2D or 3D as the above example.

To do this you will need to disable "Live Strong" in Dash Launch's setup screen, this will allow you to connect to the Internet.


Dashlaunch is a superb program which allows you to modify setting within your console, you can even make your console REGION FREE to allow you to play games from other countries!!!

Every console we sell or modify has Xbox Live and the Internet blocked for the consoles safety within Dashlaunch.

Note
If you intend to to take the console online and have setup a STEALTH service on the console to hide the fact that the console is modified, you will need to go into Dash Launch's settings (Click on the above image to see what you need to Disable) and Disable the below setting (which be default are enabled).
An Explanantion of the network setting within DashLauch

Sign Notice
When enabled, Dash Launch will attempt to dismiss annoying sign in notice messages. Enabling this option makes Dash Launch disable any of the sign in screens that pop up. Such as the XeX Menu sign in screen, ect.

XHTTP
When enabled XHTTP is patch in XAM to allow insecure access. If you don't know what this is, don't mess with it. I'm not too sure what this does myself.

DEV Link
If enabled, system link data will be encrypted for communication with DEV kits. With this enabled, you can play system link games with people running DEV kits.

Sock Patch
Don't enable this if you don't know what it does. Don't mess with this option.

We found a video on Youtube (credit to "is Loony") for the video guide.
The video is filmed on Dashlaunch 3.14, but this it the same for any version of Dashlaunch.

Help - I deleted all the above files from my hard disk !!!!

Accidents do happen, so we have added a link to a rescue page to enable you to download and re install all of the above software.

A Quick check list of whats required if you want to

We hope we have made things a little clearer and cleared up any questions or concerns you may have.