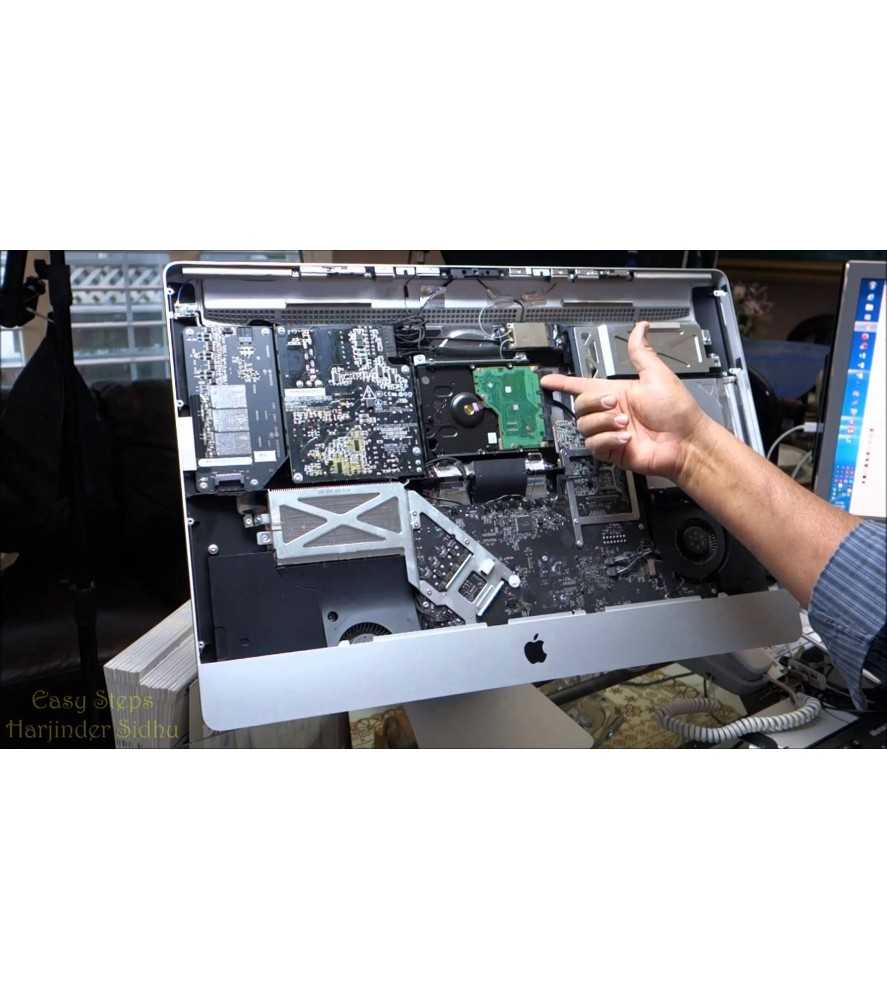 Are you looking for the Ultimate hard disk replacement for your Imac?

We can remove your existing working or failed hard disk and install a Brand new SSD drive.

What is an SSD drive, well there are no moving parts in the drive, so its faster.

This means you can have faster loading times on your Imac, normally within 15 - 30 seconds!!!.

A hard drive is essentially a metal platter with a magnetic coating that stores your data. A read/write head on an arm accesses the data while the platters are spinning.

Hard disks are a delicate piece of equipment and knocks and drops of a console can damage the hard disk, causing loss of data and failure of the unit.

The biggest difference between a Fusion Drive and an SSD is that a Fusion Drive is really a HDD drive with moving parts and a few tweaks to make it a little faster than a standard HDD drive.
As these are mechanical devices they can suffer from errors that can slow the drive down considerably, making your Imac appear to run really SLOW.

An SSD has no moving parts, therefore the data transfer rates for READ/WRITE are so much faster than a HDD drive, this translates to your Imac running alot faster.

With an SSD installed, your Imac will boot in seconds, rather than minutes.

An SSD does functionally everything a hard drive does, but data is instead stored on interconnected flash-memory chips that retain the data even when there's no power present.

There are no moving parts and operate SOOOO much faster than a standard Hard disk.

Due to the fact that there are no moving parts, they are reliable and not affected by knocks and drops like a standard Hard Disk.

Excellent local business. I would 100% trust again in the future and highly recommend

Considering we're going through a pandemic. This was amazing service from start to finish. They turned around my imac upgrade in less than 24 hours. Contact-free drop off and collection. good communication. easy to pay online. online status updates too. Job very well done and worth the money as the machine feels like new with an SSD. Many thanks. Would use again and recommend to others.

9 other products in the same category: